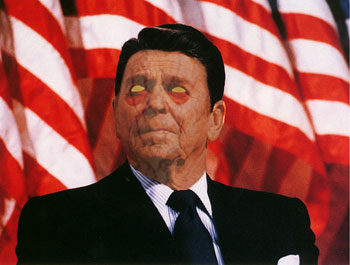 Here’s a recorded version of the song I wrote and performed for the last Bushwick Book Club Show, orignal music inpsired by A People’s History of the United States. I didn’t have to read the whole book this time, all the performers were assigned a couple chapters each to be inspired by. My chapters focused mainly on the 1980s, and Ronald Reagan’s presidency, and the rise of corporate America, and obscene amounts of military spending, and the Cold War against the evil Russian empire.

Here are the words. feel free to sing along.

But before I performed the song at the show I conducted a very short “Do you know who Yakov Smirnoff is?” survey with a small sample of artists and guests. Based on the results of the survey, which from my perspective were quite dissapointing, I decided it would be best if I cut the line. I am now regretting that choice. If only I had a time machine…