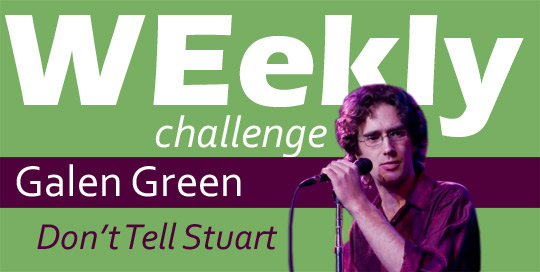 I know this song is a week late, but so what. Sometimes that’s the way these WEekly challenges go. Making a new song every week is not as easy as it sounds, so shut your stupid face (I’m looking at you, Galen).

It probably doesn’t sound like it, but I spent more time working on this challenge than any other previous. This is the second version I did, and the one I sort of had to “settle” for after my first attempt spun out of control like a gaggle of drunken tornados. The first version was much more elaborate and much closer to my original vision, but also a lot more frustrating and way less finished due to the fact that, despite my best efforts, I couldn’t get my dumb drum sequencing machine to cooperate with me. For those of you out there attempting to swing the beat in Fruity Loops, let me give you some advice. Forget about it. It is impossible.