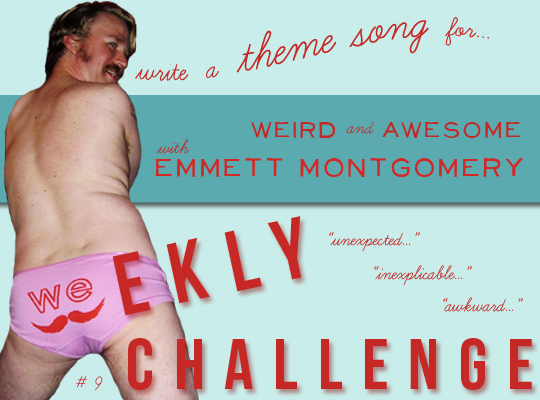 WE remember when we first met Emmett Montgomery. It was a magical encounter, which WE recall starting out innocent and fun, but then we kind of lost a few weeks there, and then – and then the nice man took WE home.

If Weird and Awesome ever needs a hand, WE think you know WE’d be the first to toss the tool belt in the ol’ Festiva and gun it down the road. Well, that odd rainy day voucher just came due in the form of WEekly Challenge #9: write a theme song for Weird and Awesome with Emmett Montgomery.

Who is this  Emmett Montgomery? What do you mean, WEIRD AND AWESOME?! All questions should be directed to the following half-article from Seattle Gay Scene on this american tall tale of a man and his showcase of follies. 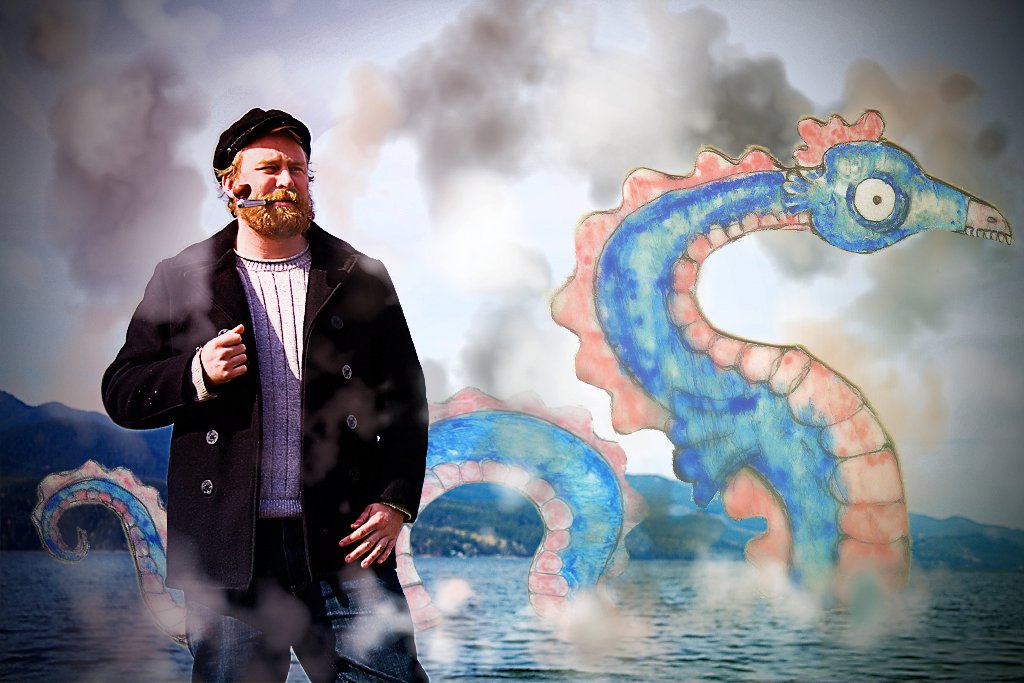 Emmett is a founding member of the People’s Republic of Komedy, and a long time fan of limited edition WE panties. He is hilarious, and his newest show boast that “while you may not like it, something will be happening”.

He asked WE to battle out a theme or two, and Mike and Ben said heck yes they would, and that they might even join YOU at the next showing of Weird and Awesome on August 7th at the Annex Theater. Emmett will be playing these two WEekly challenge songs, and the audience will be voting for their favorite. You can also catch it at the same WEIRD venue every first Sunday through the rest of this year. 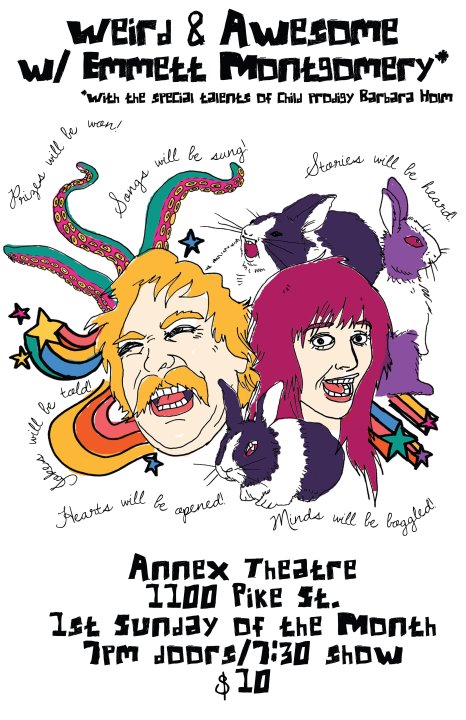 You can even get a peek at a past show the Seattle Channel covered earlier this year. If you like that sort of thing. And if you don’t like this sort of thing, Emmett says “If there is something a little too weird, and/or awesome for you, please support live theater in a different way – by buying booze.”

Best of luck to both Mike and Ben. Failure to complete this challenge will result in having to send Emmett a Weird and Awesome Present to give away to his audience.