The Blue Moon Rules – new music from WE 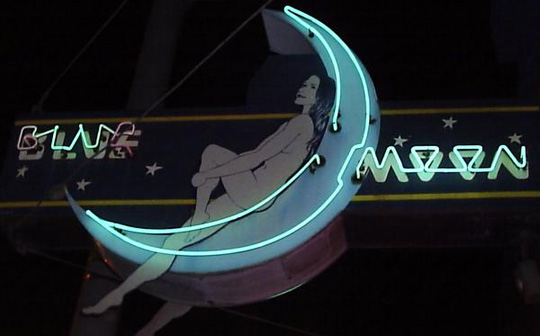 The Blue Moon is a wonderful, wonderful place. This cannot be overstated. I’ve personally enjoyed many alcohol infused evenings amongst good friends within the walls of the Blue Moon’s sweet loving caress. The Blue Moon is easily the best dive bar in all of Seattle. Seriously. And it has been around for FOREVER. Bands such as Nirvana, Pearl Jam, Soundgarden, The Presidents of the United States of America, and Alice In Chains have never graced the Blue Moon stage. But guess what, We Wrote the Book on Connectors has… probably about at least a million times. Which makes WE better than them. Much, much better. Do the math.

A few years ago WE had the privilege of playing at the special Blue Moon 75th anniversary show. Long time Blue Moon talent buyer extraordinaire and current resident Mr. Grumpy Pants, Jason Josephes, commissioned us to write/perform a special Blue Moon tribute song. Which WE did, and it was awesome. WE’ve played the song at every one of our Blue Moon shows since. In fact, the only time WE ever play it now is at the Blue Moon.

Well, WE’ve finally gotten around to finishing the recording that I promised. It has been looooooong overdue. Jason, I apologize for my tardiness. Please don’t kill me, but I will completely understand if you do.

Listen to the song. Love it. Download it (for free). Trade it with your friends.