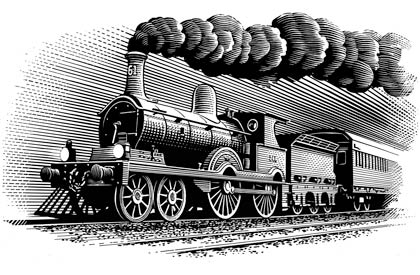 What is a train song, you ask?

A train song is a song referencing freight and passenger trains and/or railroads. Train songs are a recurring theme in some genres of music, particularly within the Blues, Country and other styles of traditional American music. Songs with train or railroad in the title, but not about or inspired by trains, do not qualify as train songs (for example, “Train In Vain” by The Clash), nor do songs where trains are mentioned but only in passing (for example, Gordon Lightfoot’s “Early Morning Rain”). – Wikipedia

Speeding Down the Tracks is a product of the now temporarily defunct Official We Song Writing Service. Somebody paid us $18 to make a train song and this is what WE came up with. What a bargain! Choo Chooooo!

“The train is a coming so you better get out of the way.” – WE

1 response to: WE are Speeding Down The Tracks because every band needs a good train song