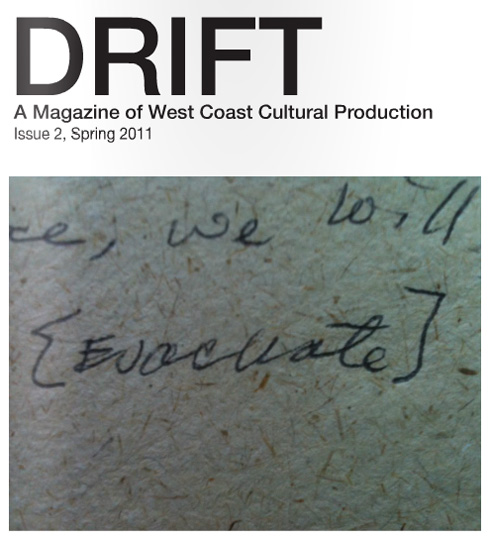 As a member of The Bushwick Book Club, many months ago I was given the opportunity to contribute some music for an independent art magazine based out of San Francisco called Drift Magazine. I was asked to write/record a song inspired by Jon Lincoln’s Shaking the Tree, a short story published in the magazine. Other members of the book club including Bridget Quigg, Jon Lanman, MoZo, and Shawnmarie Stanton also contributed original songs. We could write about whatever we wanted, just as long as it was inspired by the story. That was the only rule.

Here is what Drift Magazine had to say about our Shaking the Tree inspired songs:

“The musicians of Bushwick seem almost uniformly unsettled by the story as a whole.” – Drift Magazine

That is a very polite way of saying that we all hated it. The story is eight pages long, and I couldn’t even make it all the way through the first two. Which inpsired me to come up with this gem called Please Don’t Tell Me.

Drift Magazine issue number 2, including Jon Lincoln’s Shaking the Tree, as well all the original music it inspired, are all available for you to check out online. My favorite part about this whole project is how instead of giving me the proper credit for the song I made, they gave it to somebody named Mike Volta. Mike Volta? Never heard of him. 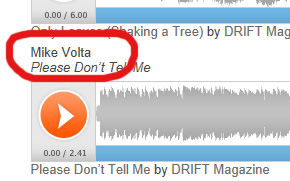 UPDATE: The editor of Drift Magazine saw this post. He apologized for the typo on my name and said he will correct it as soon as he can.

3 responses to: I made a song for Drift Magazine – Please Don’t Tell Me