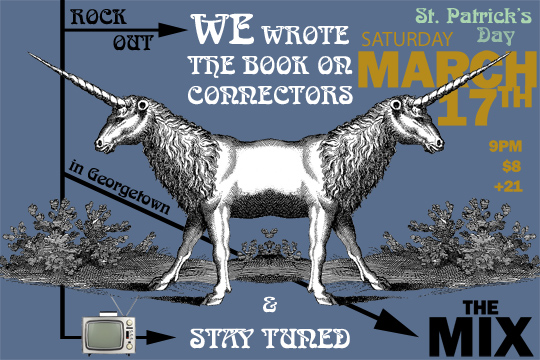 What are YOU doing on St. Patrick’s Day?
The correct answer is: “Partying with WE at the MIX in Georgetown.”

This show is going to be super fun because WE happen to be sharing the bill with the world’s greatest rock n’ roll television theme song cover band STAY TUNED! Holy crap! And since its St. Patrick’s Day, WE promise to play a lot of songs about beer. Hooray!

Plus, its Rick’s Birthday! He will finally be 21 years old! Come bring him presents, buy him beer. He also enjoys kicks to the crotch.

WE will see you there! Hooray!